Skip to content
February 4, 2018February 6, 2018 briananddonna
Even though we reside in one of the countries closest to Palau, we’ve only heard of this pristine paradise when we started getting into (serious) diving last 2016. We had wanted to visit last January 2017 but we heard the iconic jelly fish lake was closed due to a drought in 2016. Until recently we were invited by our new found friends from Ocean Shutter who also happen to be a couple that does photo and video, we were thrilled to come back on board our favorite liveaboard, the Solitude One. 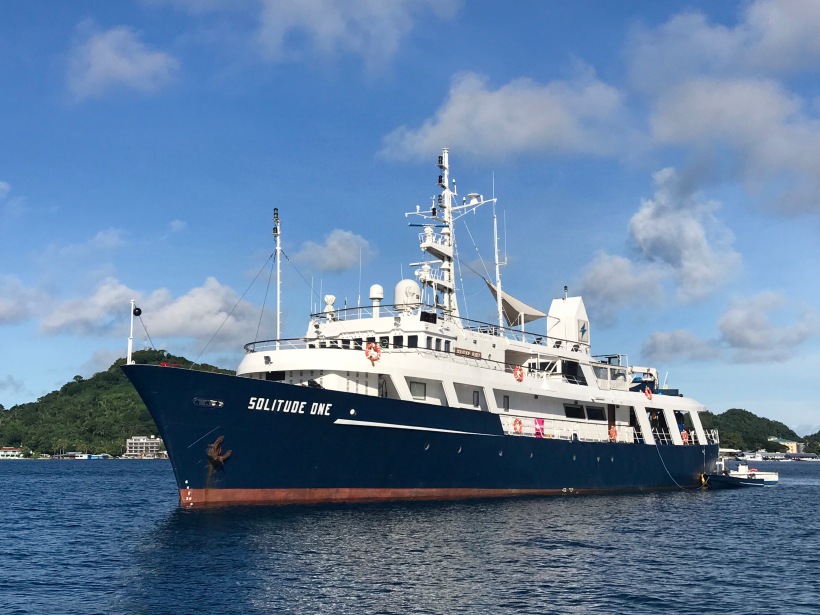 Palau is an archipelago of over 500 islands, part of the Micronesia region in the western Pacific Ocean. It is a trust territory under the United States, rich in history specially during the major battles in World War 2. It is also commonly referred to as one of the seven underwater wonders of the world. The banning of commercial fishing in 80% of its territories and only allowing a small portion for domestic fishing resulted to the creation of the largest marine sanctuaries.
To reach Palau from Cebu, we took a plane ride to Manila for an hour and from Manila to Koror (the commercial centre of Palau) was a 3-hour direct flight with United airlines. Since we arrived at our hotel in Koror around 4am, we skipped the first day of diving and did a land tour. We went to a traditional Bai where their chiefs and elders meet and also dropped by the stone monoliths which is believed by most Palauans to be built by the gods. 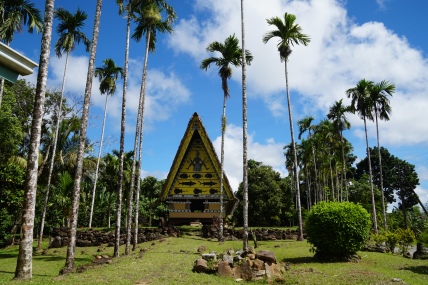 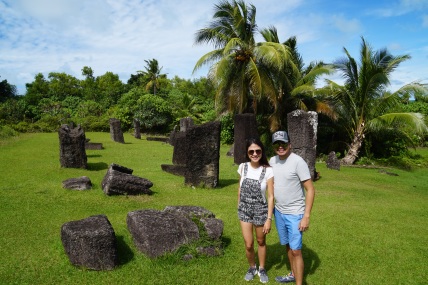 Palau underwater has even greater things to offer. Some of the iconic spots in Palau are the caves/caverns. The blue hole is a huge cavern which offers a perfect backdrop of bright blue water and ambient light.

The enchanting Chandelier cave where you can witness the stalactites and stalagmites resembling glittering chandeliers was an interesting taste of cave diving for us.

Siaes tunnel is also very photogenic with its gorgonian sea fans towards the exit and some large groupers, usually being accompanied by its cleaner wrasse which we saw prevalent in almost every dive site.

But of course, we have our top 3 favorite dive sites in Palau:
Blue Corner – This is now ranked #1 as our best dive site in the world! There is always something great to see there. We dove there 3 times, all were great, with or without current. There is a friendly resident Napoleon wrasse that visits every single diver.

There are schools of fishes in the blue like this black tail barracudas.

What was really unique and spectacular with our blue corner experience was the Orange-spine unicorn fish aggregation accompanied by hundreds of gray reef and white tip sharks. German Channel – our second favorite site. This is very well known for its feeding and cleaning Manta rays. This is also the most Mantas we’ve seen, an average of 4 per dive. And we dove this site 3 times as well. Peleliu Cut – offers spectacular opportunities, but could be a hit or miss. Lucky for us we hit it on the spot, being there on a new moon very early in the morning. We saw a large aggregation (probably around 5000) of spawning Red snappers. But this is a tough site because of its very strong current. Peleliu is iconic because of the bloody battle between the U.S and Japan during World war II. We were fortunate to be able to tour around Peleliu and witness the remnants of their tanks, man-made cave system, weapons and the old Japanese headquarters. 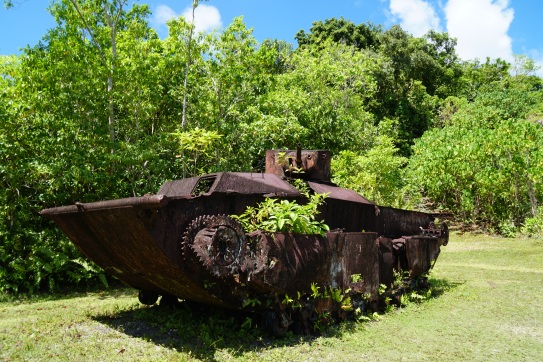 Before leaving Solitude one, we had 1 non-diving day and enjoyed the beautiful rock islands visiting some of the most pristine beaches and the iconic arch. We also went to the Milky way where we had a natural mud bath.

This will definitely be NOT our last visit in Palau and we are looking forward to visit the Jelly fish lake in the future.. This is definitely a world-class and pristine underwater paradise.